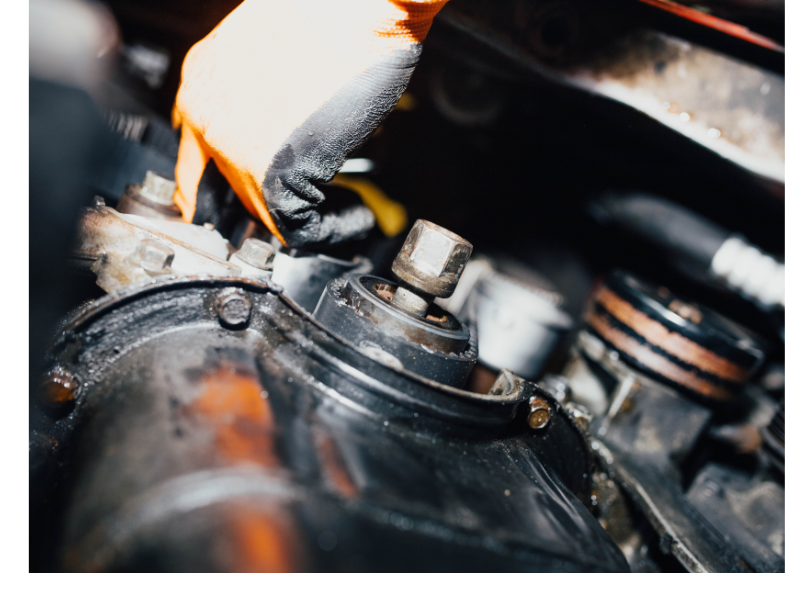 Has it ever happened that you are driving your car and suddenly you feel something vibrate?

Well, that could be the car’s crankshaft pulley wobbling. But there’s no need to panic just yet. We are here to tell you why that might be happening and how to fix it.

The crankshaft is the component of the engine that drives the car wheels. The crankshaft pulley reduces engine vibrations. It transmits torque and power to the additional engine elements through a pulley system and accessory belts.

With time the crankshaft pulley becomes defective. Sometimes you may need to replace it; however, often, it can be fixed simply by tightening a few loose belts.

So it is necessary to know how this works. Otherwise, you may spend your hard-earned money on changing a pulley that did not require replacement.

Other than the wobbling and abnormally loud engine vibrations, there are other symptoms of a faulty crankshaft pulley.

Since it connects many components to the crankshaft, it leads to the failure of a few parts, such as the alternator, transmitter, and power steering pump. Another telling sign would be irregular engine speed when the vehicle is sedentary.

If you find out the rubber belt is damaged during your regular engine checks, get it replaced immediately. This could lead to wobbling of the pulley.

If the bolts that connect the crankshaft and engine are loose, the pulley will start wobbling. If this is not fixed on time, it can also damage the woodruff key and the crank keyway.

It is a simple fix: you need to get the bolts tightened. There is no need to buy a brand new belt.

The crankshaft pulley is made up of two parts. Failure of either of the two parts can cause the pulley to wobble. If any part is damaged, it will have to be substituted immediately.

You might be using a six groove belt for a five-groove pulley. Get a strap with the correct length for the pulley with the right quantity of grooves. If not changed, it will eventually lead to a wobbling pulley.

Vehicle accidents can also damage the pulley and cause it to wobble.

A distorted or warped fan-belt pulley can lead to the crankshaft pulley wobbling. This can be caused by dirt accumulation or rust. Remove the belt and check for any problem.

If your vehicle is several years old, the pulley might have aged. This can cause damage and defects in the pulley or any parts such as inner and outer steel.

The only solution to this will be to get a new pulley installed.

Make sure the manufacturer is trusted in the market. Often the pulleys are manufactured poorly and go into overdrive. This can cause alternator, AC, and other vehicle parts problems.

Here is a list of steps you can take before investing in replacing the pulley altogether.

Make it a regular practice to remove the belt and clean any dirt, sand, or grease crammed in the grooves or on the belt.

Also, check for any dents or deformations.

You will have to buy or rent a pulley remover. You can quickly get it from a mechanics or auto parts shop.

Remember to disconnect the battery before doing anything. Then remove the belt and the faulty pulley, and install the new one. You will have to torque the pulley at the end.

If you are still not sure how to do this, hire a mechanic to do it. It is pretty simple and will not cost you much.

Make it a habit to check your engine parts regularly. If you notice any abnormal sounds or movements, do not ignore them.

It can lead to severe damage to the engine. You might even have to replace the entire engine, which can be quite a nuisance. Besides the high cost you will have to bear, it can also cause an unfortunate accident.

So it is always better to be safe and sound. Hopefully, this guide would have helped you understand what to do if the crankshaft pulley wobbles.